Generally speaking, I’m not exactly fond of shopping. That’s not to say that I don’t enjoy slipping on a new pair of Ked’s just as much as the next girl… I simply would prefer sticking my hand in a blender over spending an afternoon in a shopping mall, that’s all.

That was…until I found the Bazaars of India.

Maybe it was the circus-like drapes dangling over my head like a dream, or perhaps that my wallet was suddenly filled with colorful Monopoly money that seemed about as valuable as tickets in an arcade… Either way, I’m not sure what happened, or at which point this jolly shopping behemoth took over my body, but I realized my disdain for shopping had vanished as I was tossing my third pair of pajamas into the bin. I’m pretty certain my pupils took on the shape of stilettos as I feverishly chucked my old clothes over my right shoulder. I must make room for these treasures!!

I’m also not sure when the universe shifted and destroyed my ability to recognize an actual “treasure,” but my new, manic shopping alter-ego known as Belinda chose two velvet Indian crop tops over yoga pants in the packing hierarchy.

But I can’t say I’ll miss those yoga pants when I’m doing the jitterbug in Australia whilst sporting an electric blue velvet sass-top. Excellent choice, Belinda.

Most of the vendors met my enthusiasm for neon, nickel leggings with stubborn negotiation tactics and unsolicited deals on elephant figurines. I tried to explain in so many words that one mustn’t waste precious backpack space with silly wooden animals while my bare legs were clearly jonesing for those peacock feather hot pants (again, reasonable fashion sense doesn’t exist in Indian Bazaars.) After a short charade of bargaining, followed by my eventual walk-away strategy, I somehow managed to fill my backpack well over the Kg limit for under twenty US dollars. Yesssss. 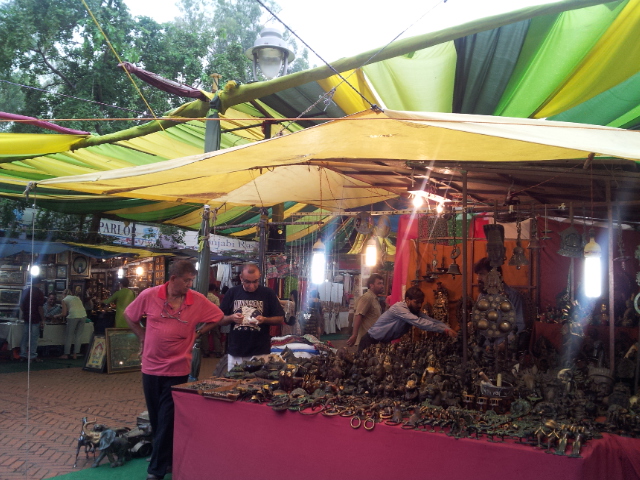 The bazaars are filled with booths of ridiculously cheap jewelry, hand embroidered scarves and more nic-nac displays than the bathroom hallway of Applebees. If you even so much as dart eyes at a pair of earrings, the salesman/magician will have them dangling below your earlobes as he somehow manages to balance a mirror on his nose, whispering sweet Hindi nothings about how the turquoise matches your eyes. Meanwhile, another salesman is wrapping you in a Sari and slipping bangles on your wrist, all of which match the gold and blues in said pair of earrings…then you try to explain that you’re just browsing.

Despite the pushy sales and ridiculously overpriced first offers, there’s something incredibly delightful about shopping in India. Even as your haggling and arguing over a cost difference less than one US dollar, the entire show is lighthearted. Bargaining is filled with laughter a coy sarcasm tangled in a beautiful language barrier. If and when you finally settle on a price, they won’t for a moment give you the chance to feel triumphant in your ability to negotiate…Nahi, nahi. They tell you they’ve agreed to this price only because the lady of “golden ribboned hair” will bring good luck to the store.

And you know? I love that. Because that is India. Even to negotiate price in the form of a friendly dispute, it must be settled with kind words, good omens, and always prophetic poetry. 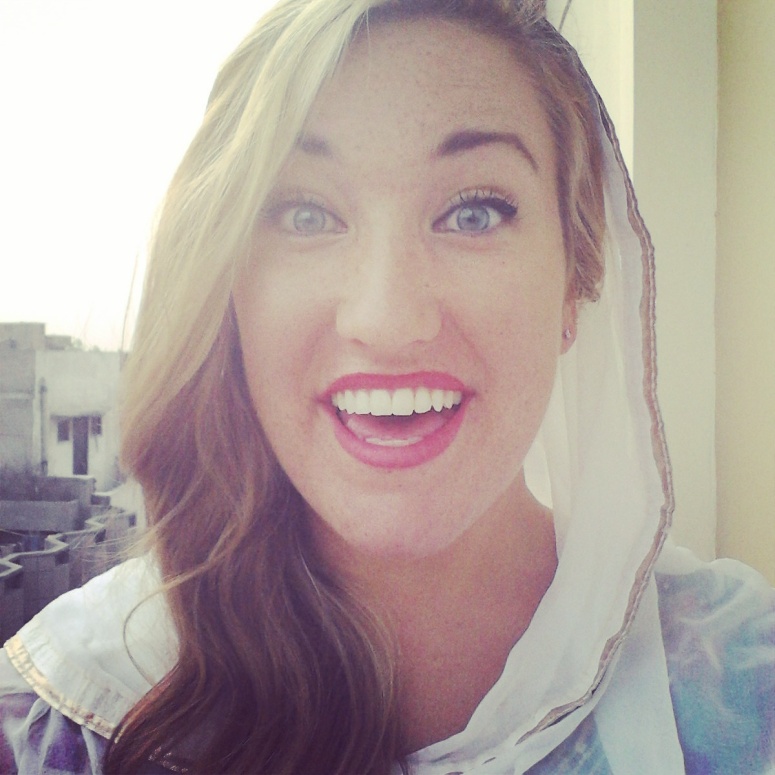 I think I’ll make room for a couple scarves. The trim matches my lipstick and the style matches my soul (or so I was told by a grandmother in a temple).